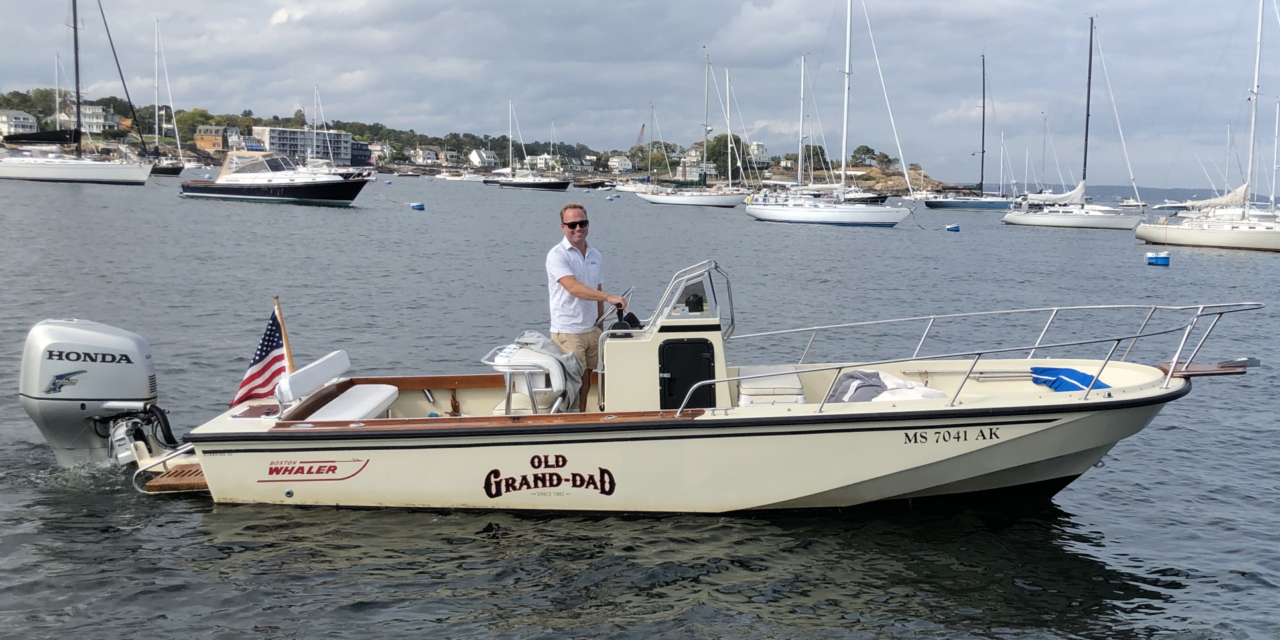 “Being able to get on the water in whatever craft is what matters most, and what you think about when it is dark at 4:00pm in the winter.”

Why did you choose to buy a Boston Whaler?
My Uncle, Dennis, has had many boats in Marblehead Harbor over the past 45 years (Cornhusker, Husker, and others—yes, our family is originally from Nebraska). After one of the 2017 nor’easters flipped the previous boat on our mooring right off the Corinthian dock, we were in the market for a replacement. Randomly, Dennis was driving around Redd’s Pond and spotted this Guardian 22’ tucked away down a side street.  While obviously we have been attracted to the classic Boston Whaler brand for years, being able to find a Guardian hull, locally, with her history and story, was too good to not take on as our latest project.  She was restored by the previous owner, a member of the Marblehead Fire Department before moving to Jackson Hole, Wyoming, and personally restored by him over a two-year period after he purchased the hull at a U.S. Government auction. These boats are known for their classic, unsinkable fiberglass hull.  In 2007, Boston Whaler conducted a demonstration during which a 19’ Guardian is shot with 7.62mm rounds from an M60 machine gun. The Guardian stays afloat despite being riddled with holes.

What boats have you previously owned?
Too many to name them all, but if by engine (Whalers, Mako’s, Eastern’s and Grady’s) or if by sail (Opti’s, Beetle Cats, Lasers, V15s and  J-22/24s).

What other kinds of boats did you consider before buying this model?
Actually, not too many as it was simply right place, right time, right look/function and of course right price.

What are the features you like most about your boat?
Given that the majority of the time is spent simply cruising the harbor or Browns Island with many kids on board, the open feel, back and front bench seating in addition to the captain’s chair, as well as the dual swim platforms supporting the low profile.

What features/improvements have you added or do you plan to add?
To be honest, not many until 2020. This off season given being home so much (ha), we decided to remove an overhead cross bar setup, strip off all the varnish and redo, and simply replace some of the older wiring including a new bilge setup. The prior owner was an active fisherman who, when off duty, regularly went offshore to Georges Bank and the like, so most of our work has been adapting to a bit less fish and a lot more kids. In 2021, we plan on redoing the center console setup and changing up her paintjob.

How do you typically use your boat over the summer, and where do you go?
Harbor touring, swimming at the Causeway and Dog’s, anchoring at Sand Dollar, journeying up to Cranes, rafting at Browns or simply letting her stretch her legs around Misery, Children’s, out to Nahant and back.

What the biggest challenge you have in servicing your boat?
Getting the right supplies. Local merchants are limited or out of stock and given supply chain issues globally right now, shipping-caused delays impacting finishing off our 2020 projects list pre-launch for the season.

Do you have any advice for those looking to buy a Whaler?
If you find one you like, don’t pass on her or she will be gone. The market is flooded in New England, so know what you want, target it, and make the leap. Also, when it comes to Whalers you can make it what you want, so don’t get too worked up about the current layout or features, the hull and power is what matters, the rest is a weekend project. Being able to get on the water in whatever craft is what matters most, and what you think about when it is dark at 4:00pm in the winter.

What’s the story behind the boat’s name?
Thirsty? It is quite simple actually, given that we had used all the names honoring the great state of Nebraska already, it became obvious we hadn’t yet honored another great past time. Old Grand-Dad bourbon, a Dennis Nelson favorite. Old Grand-Dad is a brand of bourbon whiskey distilled in Kentucky. The brand was created by Raymond B. Hayden and named after his grandfather Meredith Basil Hayden Sr. whose portrait is depicted on the front of each bottle.

Check it Out
To see more photos of Old Grand-Dad in the Harbor Directory, click the gallery below! 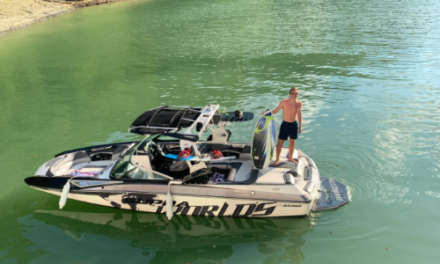 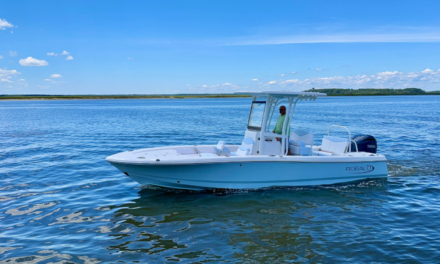 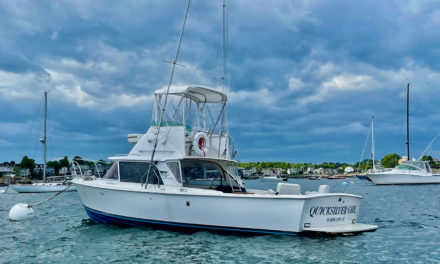 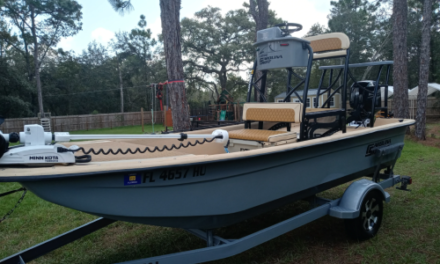