“Our boat is a one of kind… built by Eric Goetz, probably the best custom race boat builder there is.“

But first, a bit about the captains:
Jud Smith: For those in the sailing world, Jud Smith’s reputation and experience needs little introduction. Jud is a sailor in a class of his own, winning 10 world championships (from the America’s Cup, to Etchells and J/70’s Worlds), and is known as one of the most prolific racers of one designs.  He has been named Rolex Yachtsman of the Year two times over.  Jud is also the Chief Designer at Doyle Sails and, when he’s not competing in the world’s most elite one design races, he can be found coaching local sailors or sailing with friends and family out of Marblehead.

Bump Wilcox: Bump is a life long sailor and founder of New Wave Yachts, an acclaimed yacht dealership serving greater New England for over 30 years.  Bump is highly active in PHRF New England racing. He has won the PHRF-NE championships three times, the Mass Bay championship, the San Francisco Mid-Winter Regatta aboard an Olson 29 in 1987, and placed first in his class at Key West aboard an Aerodyne 43 in 2002. His sailing dedication has earned him a spot as an officer for the PHRF-NE since 1977 and he was commodore of PHRF-NE in 1982 and 83.

Why did you choose to buy a Tripp?
We had raced against this boat several times and were impressed with her speed.  This boat was also built by Eric Goetz, probably the best custom race boat builder there is.

This boat was modified by Steve Benjamin to make her very good in light air.  We felt that Marblehead has enough light air to make that a good boat for here.

What other kinds of boats did you consider before buying this model?
We looked at a Farr 42 in Annapolis and a Farr 40.

How did you come to find her before purchasing her?
We knew she was owned by Kings Point Academy and they wanted to sell her.

What boats have you previously owned?
Jud and I have owned over 40 boats between us.  My first offshore boat was a C&C 25. Jud and I both owned Aerodyne 38s and Mumm 36s. Together we owned a Taylor 42 and Taylor 45 before this.

What are the features you like most about your boat?
It’s an exciting boat to sail.  It always feels windy when we sail because she is so powered up.

Just the other day we went out for a casual sail and it was blowing 20. With just the main and jib only, we are going over 10 knots.  Add in the spinnaker in 20, we could reach speeds of 14 knots.  That’s exciting and keeps us on our toes.

What features/improvements have you added or do you plan to add?
We painted the hull ourselves. I have never done that before and not sure I want to do that task again. We also put a lot of work into the bottom. We enclosed the head and painted the interior. Chris Small in Ipswich incorporated a giraffe detail into the head door from a previous Safari graphic, which garnishes quite a few comments.

Jud has built new sails from Doyle Delta Race membranes. He had time for the square top main, light #1 headsail, and medium #2 headsail this year, but next year we are hoping to have new #3 headsail and maybe a new asymmetrical #1 and #2. The sails that came with the boat are numerous, but aging. We have destroyed a few either on the breezy delivery up from KP over Thanksgiving last year or just sailing around here. 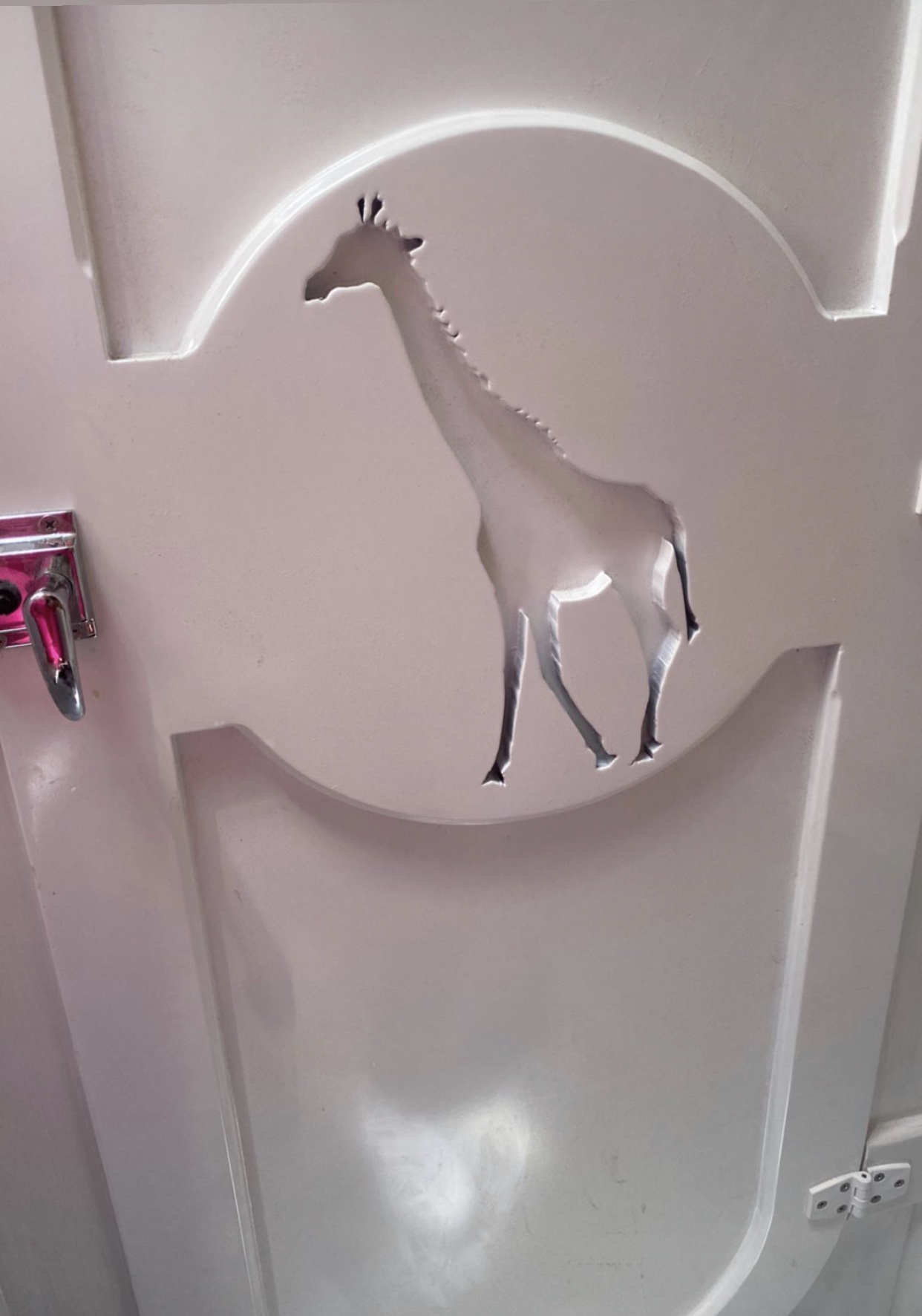 Could you tell us a bit more about the stellar paint job & graphic design?
Lindsay, Jud’s daughter, designed the paint and graphics.  She is very creative. The paint is Pettit EZ-Poxy Ocean Blue and Black applied by myself, Jud, Lindsay, and Fiona from the loft.  Jay Pingree cut the gold vinyl for us.

How do you typically use your boat over the summer, and where do you go?
We race Wednesday nights in Marblehead and Thursdays in Beverly.  Try to do all the weekend stuff.  Due to the virus, we stayed local.  With our other boats we did, Figawi, Beringer, Block Island, Newport Racing and Vineyard Cup. We are hoping to do some longer races next summer.

What is the biggest challenge you have in servicing your boat?
The boat was really well built, so she is holding together nicely.  The carbon rig is also newer and one of the best I have never seen.  We broke the main halyard just before the start of a race last week and I did a temporary fix to get us through the race.  We are going to look at all the running rigging. Most everything is very good. With both Jud and I working in the marine industry, we are always prepared to do a lot of the work ourselves.

Do you have any advice for those looking to buy a Tripp?
Our boat is a one of kind.  Holby Marine built about five Tripp 41s.  Overall, they are really good race boats.  Those boats are very different from ours.

What’s the story behind the boat’s name?
AFRICA is an acronym: Another F#*!ing Racer I Can’t Afford.

In a partnership, it is always tough picking a name that fits both parties. We are both hard working guys trying to get by the best we can.  We need to make every dollar work.  So yes, we spend way more on race boats than we should. We also love what we do and would not have it any other way. The name also works for a lineage of boats for past and future. However, we have so much more to learn about this boat and the challenge that it presents, I cannot fathom us replacing her anytime soon.

Check it Out
To see AFRICA in the Harbor Directory, click the gallery below! 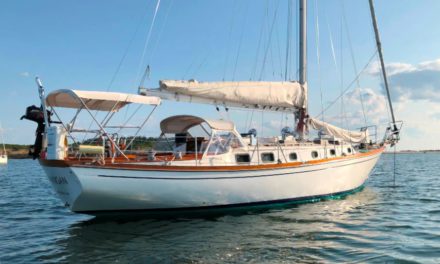 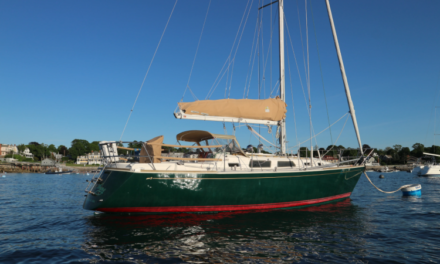 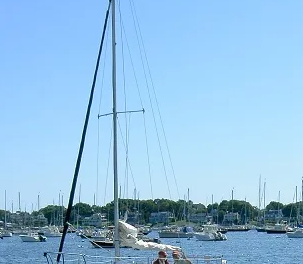 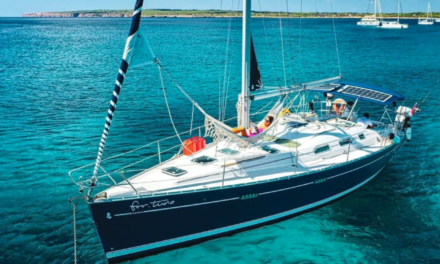